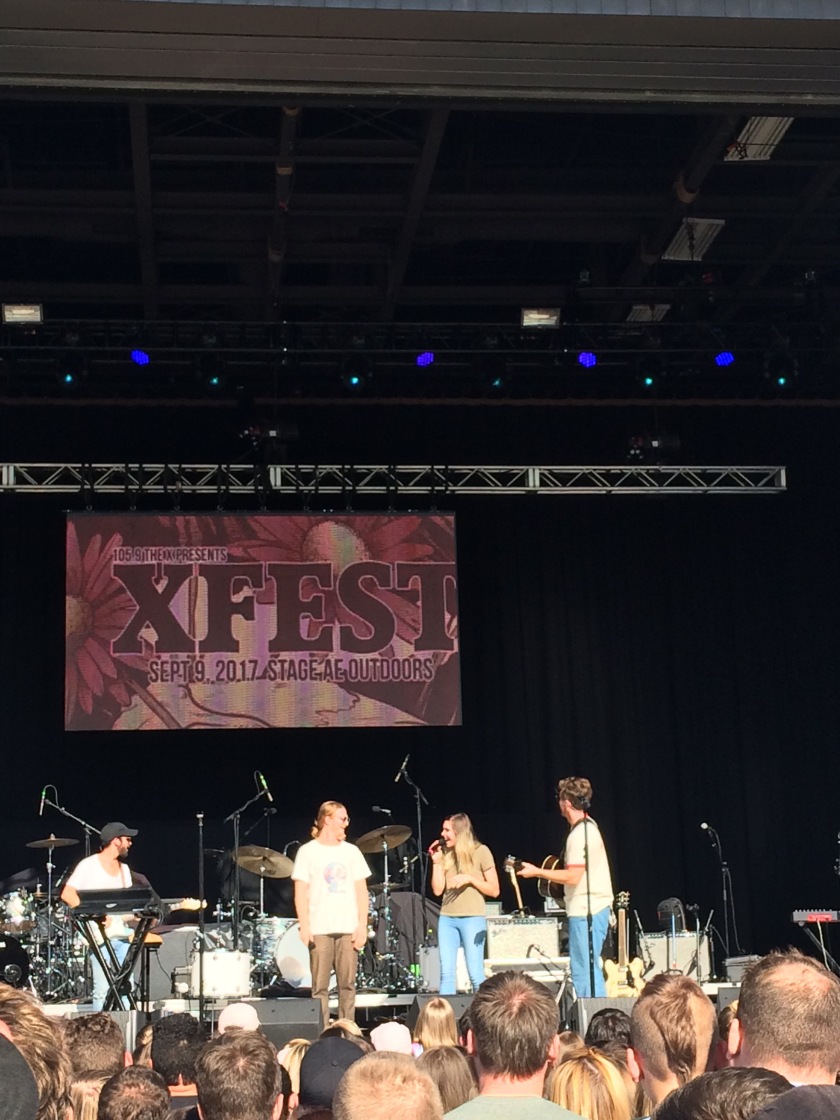 The band Frenship have been garnering alt pop critical acclaim since their 2016 chart hitting release “Capsize,” which features vocals by Emily Warren. Their new single “1,000 Nights,” continues with a dance rock vibe that’s going to be a Fall jam for all alt nation fans. So great! Let me just tell you this. I saw them live at XFEST Pittsburgh, and they killed it. Anyway, I caught up with the five piece alt pop act as we discussed their new LP, filming in the wilderness and creating Leonardo Dicaprio moments.

What can fans expect at a Frenship show?

-We tend to have a great time at our shows. We are a 5-piece live act which I dont think many people expect and we kind of “rockify” our tunes a bit more than the recordings.
The EP sounds amazing. What was the inspiration behind “Capsize”?

-Thanks! Emily Warren brought a voicemail from her Grandma into the session. It was super heartfelt and just about brought us all to tears. That was the spark for the song.
Is there an LP in the works?

-Yes, we’ve been busting our asses trying to finish up a body of work that we think will be a full length album, but we haven’t really given much thought to how it will all be released just yet.
While on tour, do you guys hit up any karaoke bars? And if you do, what song would you choose?
-I don’t think we ever have but certainly wouldn’t be opposed to it. Man, song selection is everything in Karaoke, something anthemic that gets people singing and moving. Maybe some Bon Jovi, Backstreet Boys, or Whitney Houston?
The track “1,000 Nights” is such a great jam. The scenery in the video is pretty spectacular. Where was it filmed? What was it like filming out there?

-It was filmed just south of Canada in Northern Washington. It was so damn cold but a blast. Everyone on set was either a friend or became a friend. It was pretty much us camping in the woods with friends.
Any Leo Dicaprio “Revenant” bear moments?
Yes, tons of Leo moments. Every day is a chance to create a Leo moment.

For the latest in updates visit